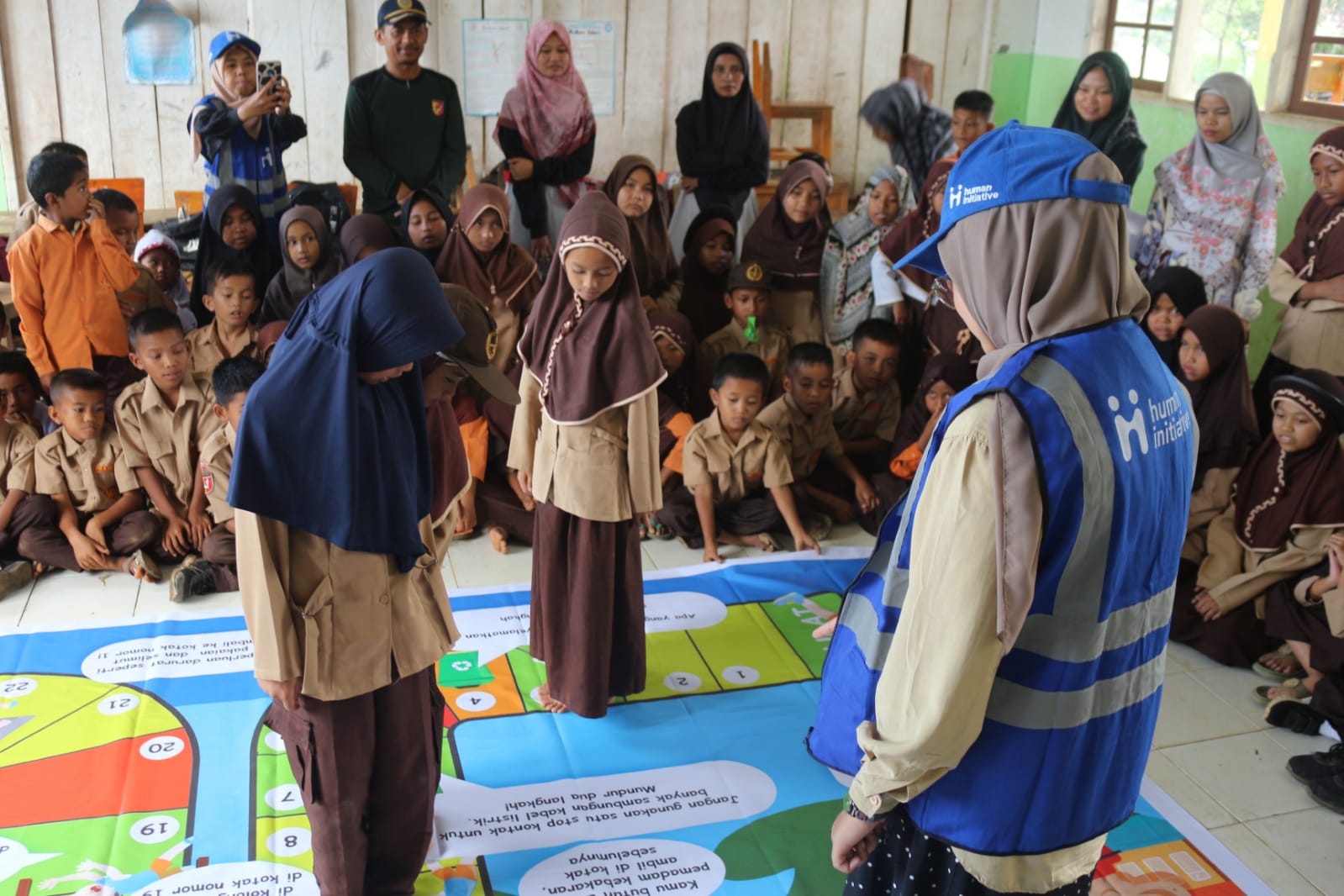 3 Elementary Schools in Pasaman Are Prepared for Disasters

Disaster preparedness education activities in schools began with earthquake preparedness exercise activities in the school field. The children at SDN 04 Siparayo were so enthusiastic about participating in the gymnastics movements. Volunteers from the Human Initiative Volunteer Energy (HIVE) were the facilitators in this gymnastics activity. This standby exercise contains movements and songs that are practiced when an earthquake occurs.

Not only gymnastics, the activities were also followed by giant snakes and ladders game. The game uses a large snake and ladder board that is already filled with disaster preparedness content. While playing, both participants and spectators can read the disaster mitigation information listed on the game board.

Finally, as many as 100 packages of school supplies in the form of books, various stationery and complete uniforms were distributed simultaneously at SDN 04 Siparayo, SDN 16 Siparayo and SDN 20 Malampah Utara. Also present were several representatives from the local government, namely the secretary of Nagari Malampah, Taufik and the head of the Education Coordinator for Tigo Nagari District, Yusman Idarwanis.

Head of Bukittinggi Human Initiative Branch who is also the Project Manager of the Pasaman Human Initiative Respon Peduli, Hendra Nafsianto, said that this activity aims to restore and maintain the spirit of children to keep coming to school. However, the conditions in their area have not fully recovered.
“Hopefully this activity can build disaster preparedness for children and educators in disaster-affected areas,” he added.

Initiator Friends, education on disaster preparedness is an effort for all of us to reduce the risk of natural disasters. Let’s continue to increase preparedness together. You can also contribute through Solusipeduli.org. Thank you for your good initiative.