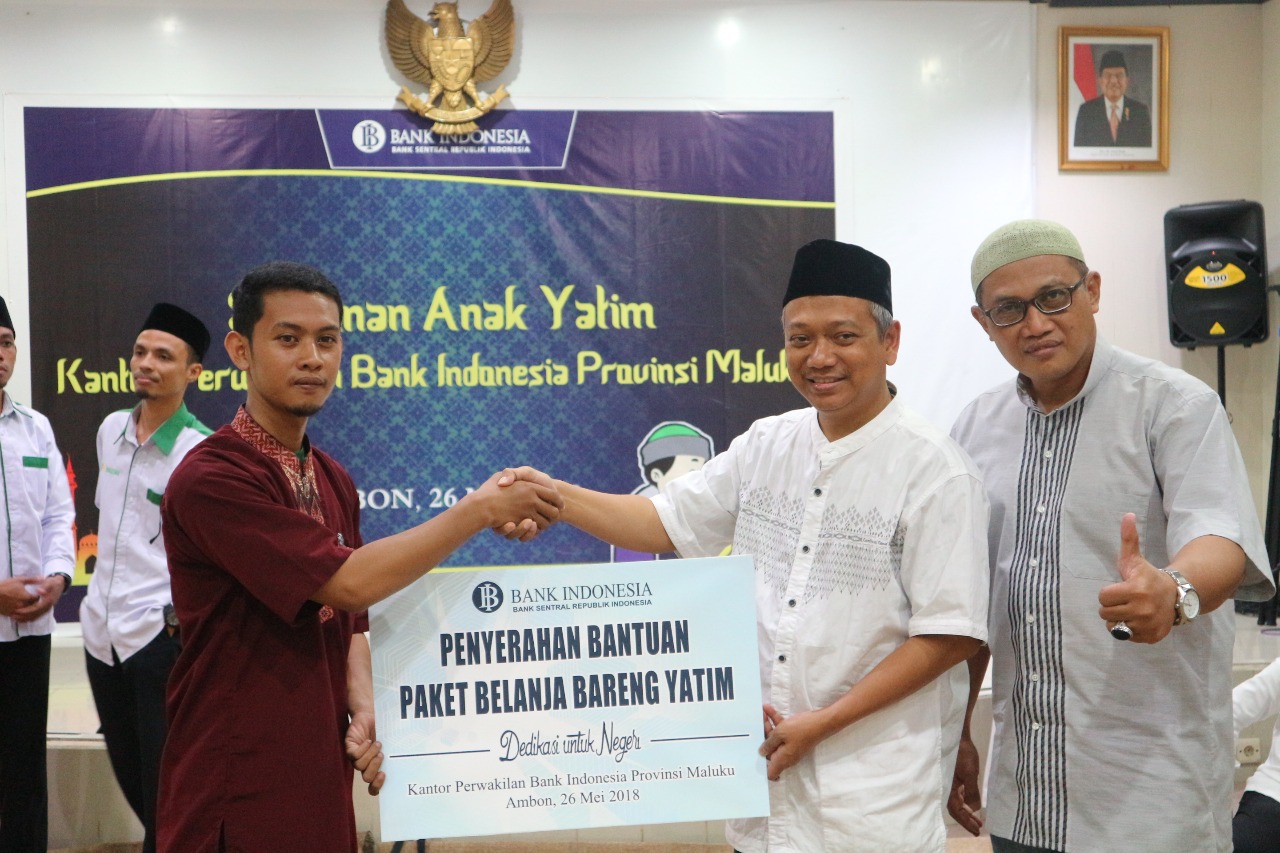 The event was attended not only by orphans, but also by the unfortunate and widows. The Ramadhan packages were given symbolically to some orphans and the unfortunate, while the rest would be delivered to the houses of other orphans that have been set as the program receivers by PKPU Human Initiative Maluku.

Head of BI Maluku Province Bambang Pramasudi explained in his speech that charity events for those in need are important as part of social responsibility and contribution to realize people’s welfare.

“Charity events for orphans or the poor should be always held because we are responsible for making them wealthy,” head of BI Maluku province explained.

The orphans and the unfortunate felt so happy with the event because it helped them to meet the needs in Ramadhan month as stated by Safana as the program receiver of Happy with Orphans (BBY) program.

“I am so happy with the aid and I would like to thank for those who care for us, especially Bank Indonesia and PKPU,” Safana said.

The successful event Donation for Orphans was inseparable from the non-Muslim employees of BI Maluku Province in decorating the venue and providing food for fast-breaking. Head of BI called on everyone both Muslims and non-Muslims to help each other in social activities.

“We should help each other in every social activity. Our non-Muslim employees help us too in holding this event. So if there is activity on Christmas day, we will help them too in order to create tolerance,” head of BI Maluku Province concluded.