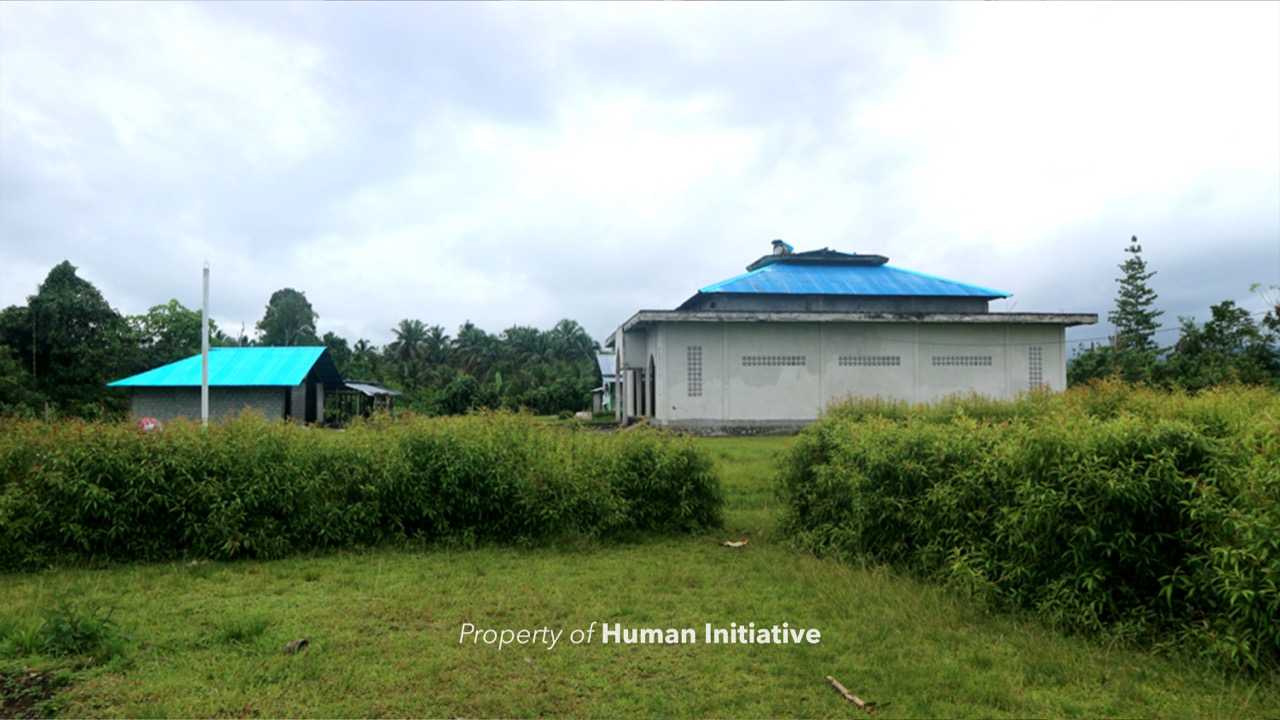 In this edition, Human Initiative team tries to tell a story of the spirit of fighting and learning despite all limitations, from remote areas of Maluku that we need to follow together. On Maluku Islands, precisely at Km 10, Kel. Hollo, District. Amahai l Regency. Central Maluku, Maluku Province, a simple Islamic boarding school owned by Ustad Zakaria, Islamic Boarding School Qurrota A’yun Masohi was established in 2016. Since 5 years ago, Ustaz Zakariya established a boarding school for the local people for free.

At first he saw many people who had not had religion here and became interested in Islam. Finally, with little money he had, little by little the pesantren building for Hollo Villagers was built. The students who study include Duafa, Orphans and Converts. They go to separate schools in several junior and senior high schools in the village with a distance of 1-3 KM. There are a total of 36 students with 20 boys and 16 girls.

The local residents also helped as little as possible so that the pesantren could operate properly, but due to limited funds, there were no school buildings here. This Islamic boarding school is only a Quran memorizing boarding school and a student dormitory. Some of the buildings in this pesantren are still wooden buildings. The students’ rooms do not have mattresses. They have been sleeping on the mosque carpet.

The students here have a pretty solid daily schedule. Every morning, they hold regular Islamic studies and submit their memorization of the Al-Quran. Then they went to formal schools in several junior and senior high schools in the village. It didn’t stop there, in the afternoon they continued to gain knowledge by reciting the Koran, memorizing the Koran, and memorizing hadith. At night, they then repeated the lessons they had learned at school this afternoon.

It is unfortunate their very high enthusiasm for learning is not supported by learning facilities. This time our brothers and sisters need school buildings, dorm rooms, food needs, and beds.

Initiator friends, let’s share comfort with our friends who are both struggling to study at the Qurrota A’yun Masohi Islamic Boarding School. We can donate our prayers and our wealth to buy their various needs by visiting the Solusi Peduli website.

We are waiting for the best donation, Initiator Friends.