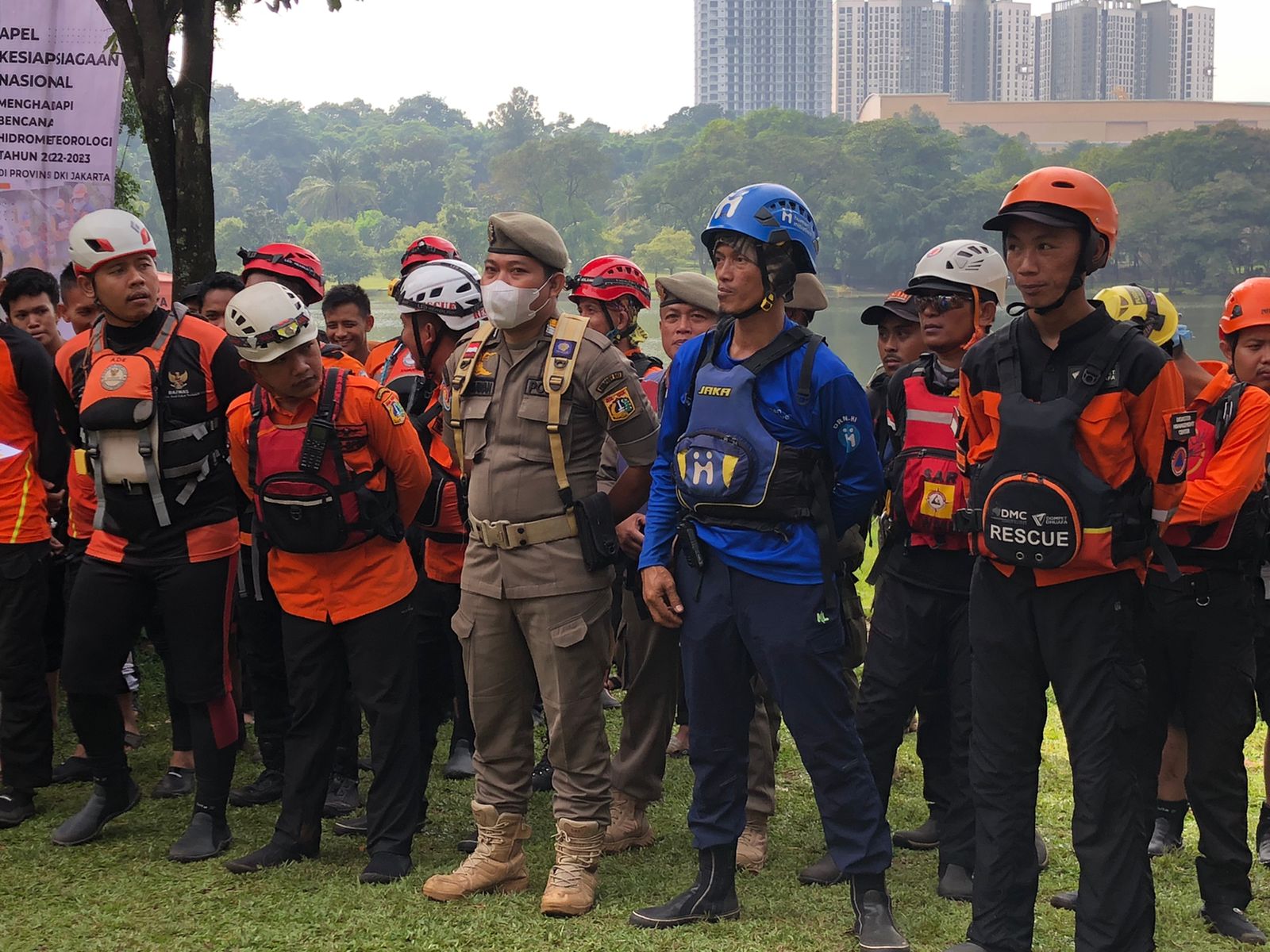 Wednesday (9/11), Human Initiative took part in the national preparedness rally at Buperta Cibubur, Bogor. The event is a directive from the Coordinating Ministry for Human Development and Culture with BPBD DKI Jakarta as the main organizer. In addition, fellow volunteers from various elements also contributed for the success of the activity. On this occasion, a preparation meeting was held to deal with hydrometeorological disasters, as it is about the end of the year when the intensity of rain is increasing.

Hydrometeorological is a disaster that comes from hydrological and meteorological parameters, such as the volume of river water, rainfall, humidity, temperature and wind. For example, floods, landslides, hail, hurricanes, droughts, and others.

According to BNPB data, in 2022 there have been around 3,207 disasters. 95% of these disasters include wet hydrometeorological disasters such as floods, extreme weather, and landslides.

“This condition is certainly a material for our thoughts (reflection) that more maximum efforts are still needed at the national, regional and community levels,” said the Coordinating Minister for Human Development and Culture when giving a speech at the Preparedness Call.

This preparedness rally takes place every year. However, there is a difference, namely the Disaster Simulation which takes place after the briefing activity in the morning. In this simulation, Human Initiative played an active role in demonstrating a water rescue simulation with other volunteer teams.

In this water rescue simulation cluster, the elements involved mobilized all facilities such as boats, special equipment and volunteers to prepare in case of a flood disaster. ️

“This activity is also an opportunity for volunteers to coordinate with each other, so that later when there is a disaster response in the field, it will be easier for us to work together,” said Deni Kurniawan, Project Manager of the Disaster Risk Management Human Initiative.

“We from human initiative advised and reminded us to remain vigilant, especially at the end of this year as according to the BMKG, the rain intensity will be higher,” he added.