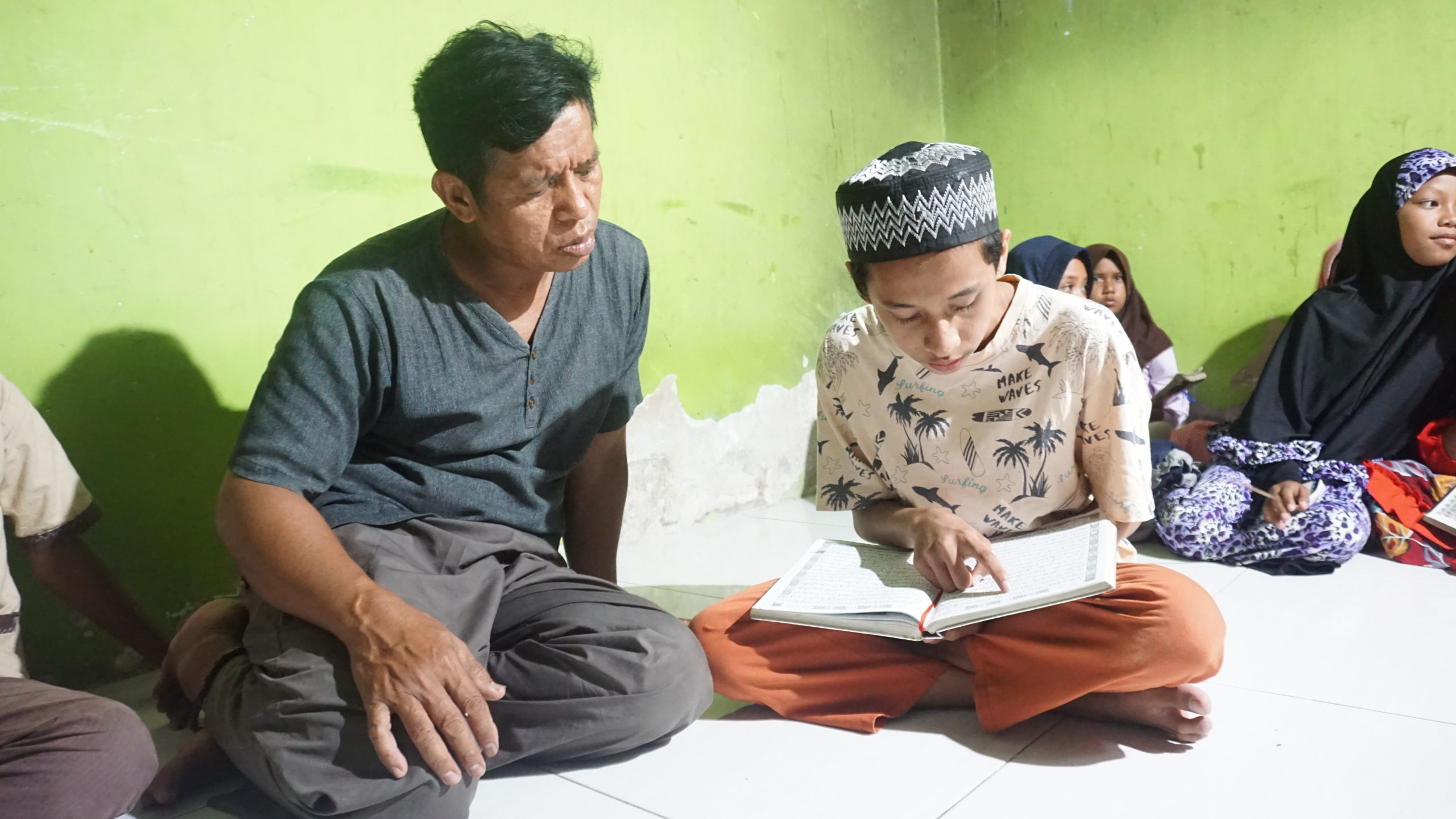 Pak Husen and His Dedication to TPQ Al Madinnah Damura

His name is Husen. The man, who is also known as Ustaz Husen, has had an intention to establish Quran School- TPQ in his old house since 1989. The goal of establishing the school is to make many people know the Qur’an in Maluku. Over time, in 2002, Husen moved to Batumerah village in Ambon, and started to establish the TPQ where he gave his life, namely TPQ Al Madinnah Damura.

Pak Husen and His Dedication to TPQ Al Madinnah Damura

With the capital from his income as a shoe sole repairman, Pak Husen began to buy some Al-Qur’an and Iqro book then invited children and teenagers to learn the Koran.

Until now, TPQ Al-Madinnah Damura has had 70 Qur’anic students who study there almost every day. With the background of local residents who are not yet prosperous, Husen chose to make this TPQ 100% free for all children in his village.

It’s really hard for Ustadz Husen because he fully uses part of his work income to revive this Quran School (TPQ). However, Husen was more worried when the children chose to play and do useless things instead of learning the Koran.

What ustadz Husen is facing is not easy. First, he had asked some elements to help him providing Qur’an and Iqro book, but rarely got a good response. In fact, this TPQ only uses 1 lamp from the electricity contributed by residents, for teaching and learning activities.

In 2018, the TPQ caught fire which eventually burned many Al-Qur’an, Iqro books and other books. Finally, Pak Husen had to collect his income back to buy a new one. Because, if he asked the Santri or students, they will definitely say they will not join the school again.

Because Pak Husen feels that learning the Qur’an is important, sometimes Pak Husen has to teach at the students’ homes if they can not come. The lessons taught start from learning to read the Qur’an and Iqro, dhikr Asma’ul Husna, to memorizing the Qur’an.

Some of Pak Husen’s students have now graduated from high school or college. Some are even those whose mothers and fathers were taught by Ustad Husen, and now their children are studying at this quran school (TPQ). However, currently the TPQ is in dire need of several necessities such as a proper Al-Qur’an and Iqro books, Koran tables, carpets, and additional lighting (lamps).

Initiator Friends, let’s together ease Pak Husen’s burden by giving the best donation to Solusi Peduli. We are waiting for contributions from all of the Initiator Friends.