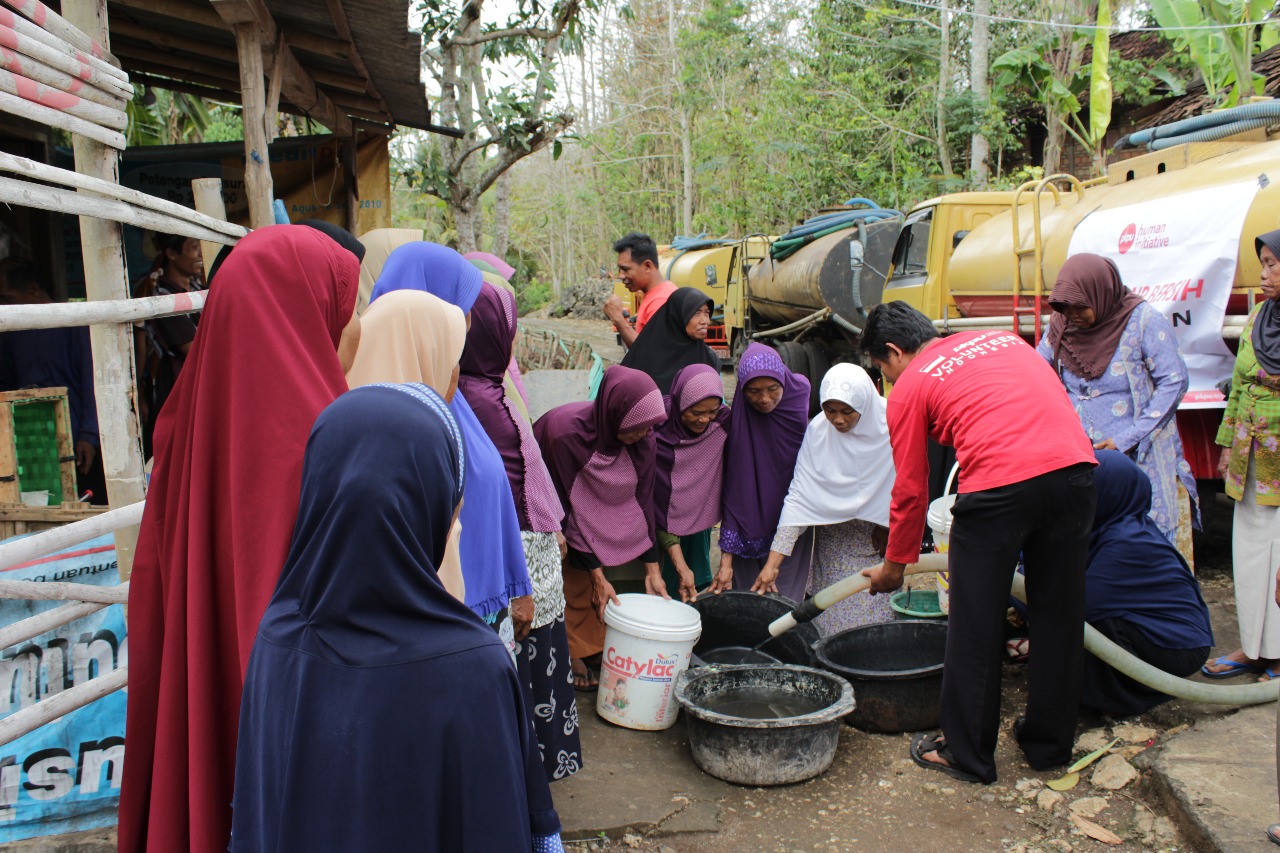 For the short term, PKPU HI has distributed 120.000 liters of clean water in the form of water dropping in Rongkop district, Gunungkidul, DI Yogyakarta. According to data, there are 9 districts with difficult access to clean water, namely Patuk, Girisubo, Rongkop, Purwosari, Tepus, Panggang, Paliyan, Tanjungsari, Saptosari in Gunungkidul and Prambanan district in Sleman.

While the long-term program is the making of clean water facility and education on clean water management.

This is not the first time for PKPU HI to handle disaster. From 2013 to 2017 PKPU Human Initiative DIY has built 10 clean water facility systems which have solved clean water crisis for more than 2.000 people.