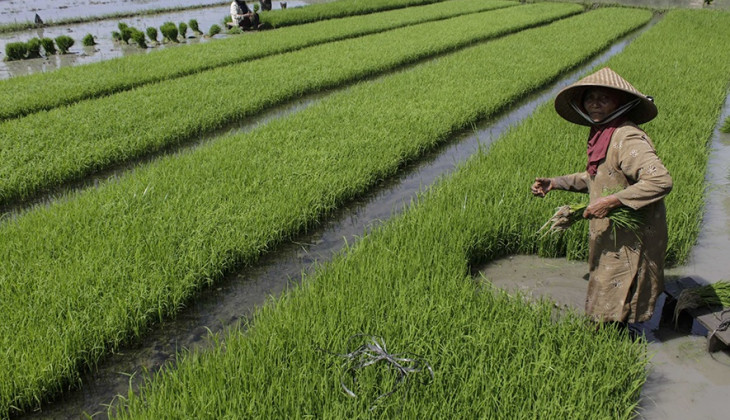 The trend of the world’s population is increasing every year. This growing population is in line with the increasing need for water, food, and energy. Moreover, the condition of the Covid-19 pandemic that has not ended has made many people prepare to face various threats of crises, one of which is the food crisis. The food sector, in particular, is a very strategic and complex issue and its existence will determine the future of the country.

The only solution to the threat of a food crisis in the future is of course to maintain national food security. Until now, Indonesia has made quite enough efforts to improve national food security, some of which are by constructing irrigation infrastructure, providing subsidized fertilizers, seeds, and so on.

The most recent breakthrough is by developing food estate areas in a number of agricultural areas from upstream to downstream, from the planting process to selling, and this is done with the synergy of several parties on an ongoing basis.

Another alternative that can be done to increase food security on a home scale is urban farming. Urban farming itself is a gardening activity in the city by making use of open land in the surrounding environment. Recently, due to the pandemic, the trend of urban farming has increased which is considered very good to support the national food security program.

The Human Initiative as a humanitarian agency under the auspices of the United Nations also actively participates in contributing to real action in an effort to improve national food security by cultivating hydroponic plants. For example, look at the Pengadegan Farmer’s Group, which has several times enjoyed harvests from hydroponic cultivation.

Not only that, there is also the Pratama Mandiri Cimahi Disability Farmer Group which is increasingly enthusiastic about farming because it is supported by Human Initiative which provides it with agricultural equipment which is very helpful for disabled farmers. In fact, this group has plans in the future to develop a land use right of 1 ha to grow more variety of ornamental plants, vegetables and fruit. It is also possible that the area is used as an integrated farming-based edutourism area.

Come on, let’s make a meaningful contribution to strengthen national food security. Initiator Friends can also make a contribution by donating to the Solusi Peduli website.