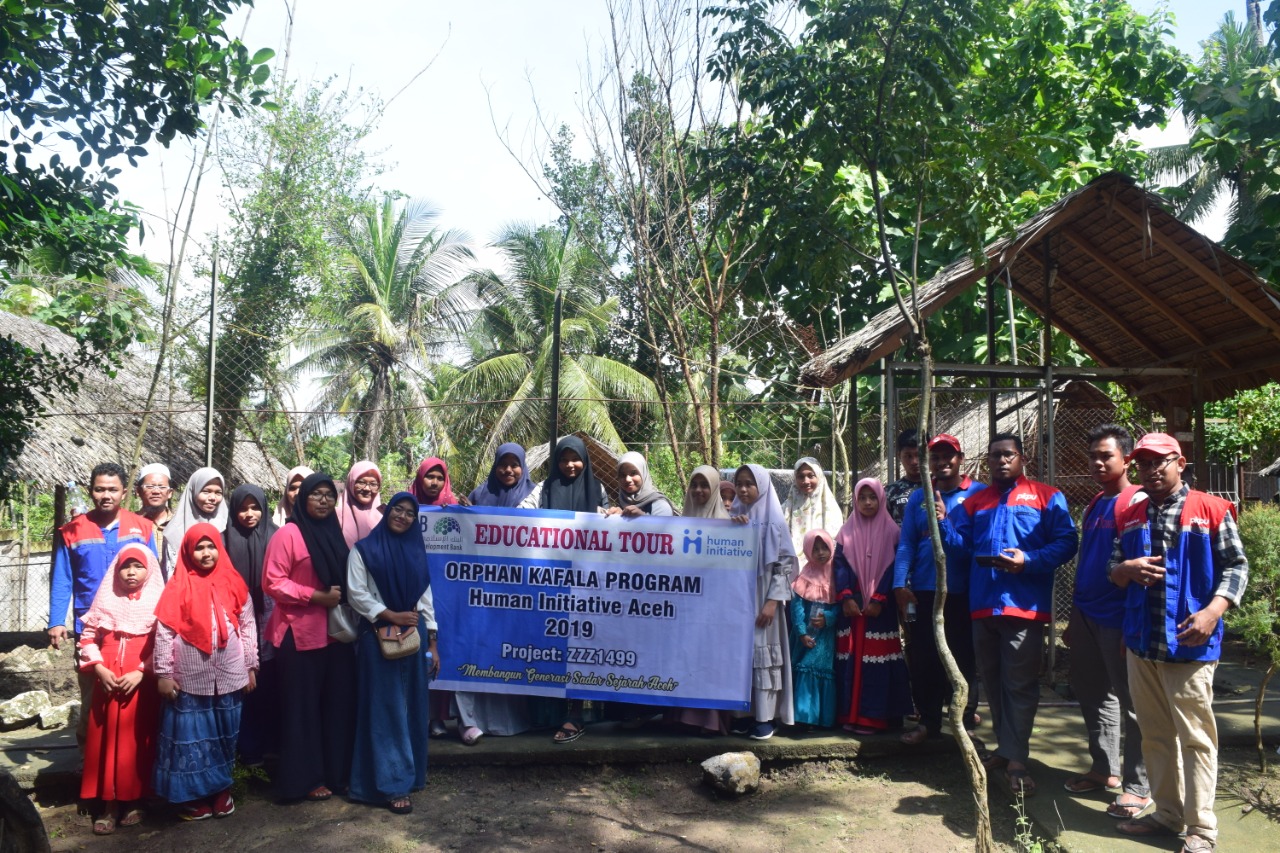 Sunday, 22 December 2019 – As many as 250 Orphans of Human Initiative Foundation in Aceh participated an
Educational Tour along with their caregivers on Sunday (22/12). The tour started from 8 am to 5 pm. The tour titled Educational Tour was held at an amusement park called the Deer Park. The part is located at the Lam Tanjong Village, Sibreh Sub-district. It is approximately 15 minutes from Aceh.

The amusement park is called the Deer Park because the park is home to a number of endangered wildlife from Indonesia and abroad including deers. There are other animals at the park such as Sun bear, African cattle, turtles, porcupine, raven, and many others. In addition to amusing the children, the activity was also aimed at broadening their knowledge about wildlife. Furthermore, the children could also gain deeper information about various
plants and trees at the park.

The orphans also had the chance to learn about the home appliances which were deployed by the ancestors in the past and the tools were made from traditional materials. Among the traditional tools that the children observed were container made from coconut leaves, traditional ploughing equipment, axe, and many others. After the children explored the park, they had lunch.

Afterwards, they also had sharing session. The children concluded their trip by swimming, playing, and taking photos together.