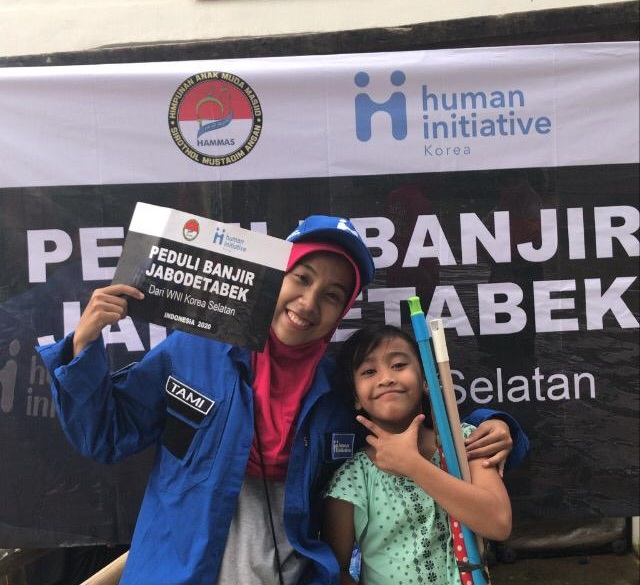 Citizens in Korea Help People Affected by Floods in Jabodetabek

On Friday 28 February, Dapur Air or Water Kitchen Post that provides drinks and food for residents affected by the Greater Jakarta flood was established. Interestingly this post was established in collaboration with one of the Indonesian citizens in South Korea with Human Initiative Korea.

The organization is called the Sirothol Mustaqim Ansan Mosque Youth Association (HAMMAS) which is the largest mosque-making organization in the city of Ansan, Korea. The Dapur Air post was established, located in the Karang Taruna secretariat building Rt.11 Bidara Cina Kelurahan, Jatinegara District, East Jakarta. Since Friday (2/28) until Saturday (2/29), the Water Kitchen has been used by 88 local refugees and other affected residents.

In addition to the Water Kitchen Post, 50 packages of cleaning equipment for the flood-affected community in the Bekasi area have also been distributed on Sunday (1/3). Thank you to Indonesian citizens in South Korea, especially HAMMAS who have given their donations to help the Jabodetabek flood survivors. Hopefully this assistance will be useful for the affected people and bring blessings to the Indonesian citizens in Korea.