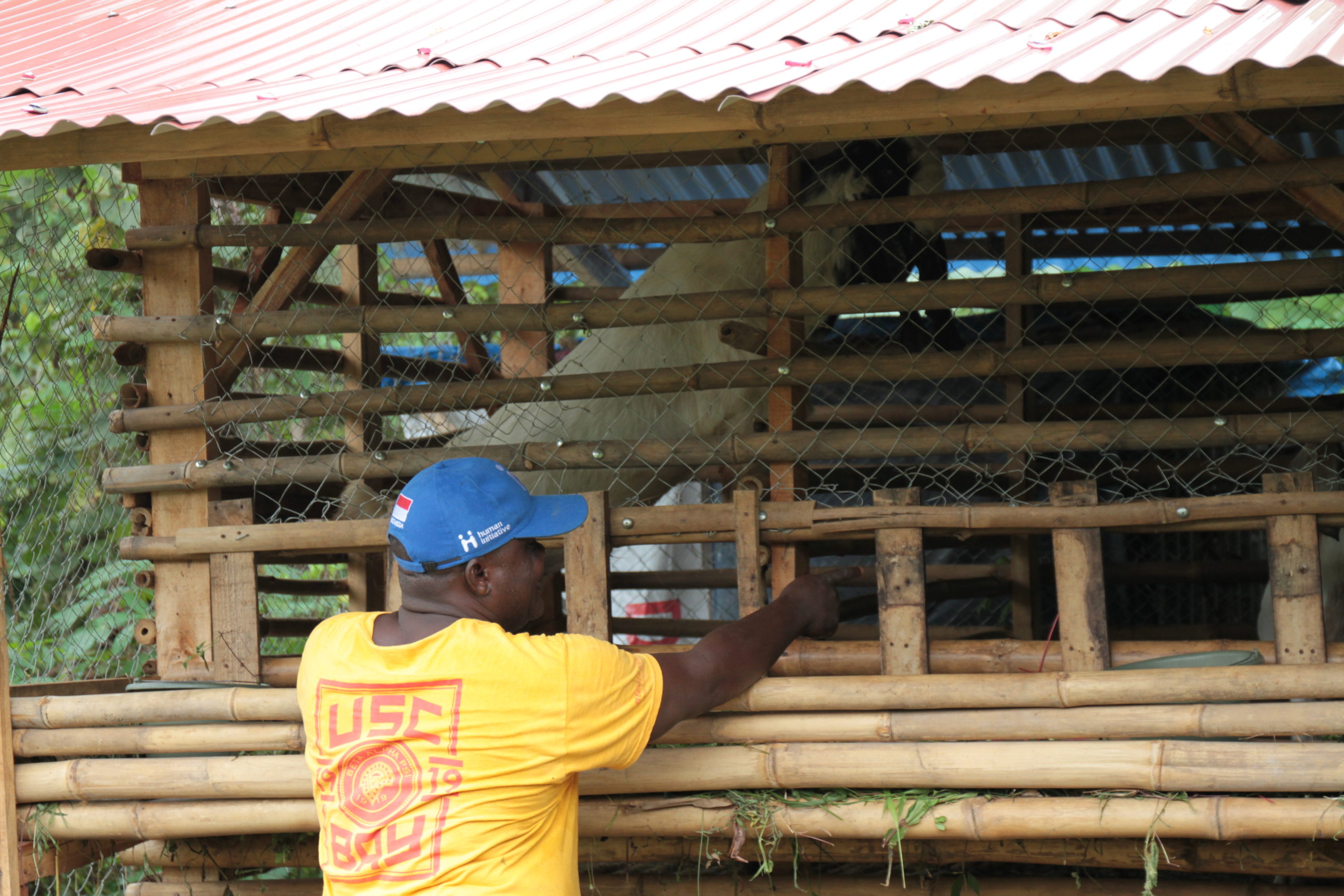 World Human Rights Day: The Struggle of Mr. Roger, A Refugee from Africa

Today, December 10, 2021, people in the world celebrate Human Rights Day. Therefore, on this World Human Rights Day, Human Initiative editorial team specifically presents an inspiring story about the struggle of Pak Roger, a refugee from Africa who has lived in Indonesia for a long time.

Pak Roger came to Indonesia from the Republic of Congo, Central Africa. In 2015, his family (a wife and four children) and he fled to Indonesia. He shared that his first time in Indonesia was rather difficult.

“When I first came to Indonesia, everything was difficult because I didn’t know anyone here. At that time, I lived in Cisarua for 3 months. After that, I came to the Mormon Church, and I got a lot of help there. Every day I came to church to pray, and then they gave me some food and helped me with my daily struggles.” said Pak Roger.

“Initially I was a little hesitant when I decided to move to Indonesia because I saw from the media, television, that Indonesia is a country with the largest Muslim population. Meanwhile, what I see from various media, Islam is a bad religion, always invites war. But thank God, it turned out to be all wrong, my judgment after living in Indonesia for 5 years, Muslims in Indonesia are fine, they are all friendly. If we give respect, be friendly, they will also show the same response,” said pak Roger.

Finally, Pak Roger received the trust to take care of a 3-hectare farm in Sentul area on a lease system. In fact, Pak Roger also offered jobs for the locals as farmers because he could not manage such a large land alone.

“We have the African Refugees community and my responsibility as a leader in that community is to make sure they don’t starve and are able to survive in Indonesia. Our priority in managing this farmer is to help our community if someone needs food. The rest, we sell our harvests to several markets, such as Sentul Market, Warung Jambu Market, and Bogor Market,” explained Pak Roger.

For information, Human Initiative has provided entrepreneurship training and provided a prize in the form of business capital for Roger as a refugee with the best business plan. “I am very grateful to Human Initiative for providing us with training as well as additional capital for me to manage this farm. I have come to understand how to manage a business, make financial reports, and develop marketing strategies,” said pak Roger.

In the future, he expressed that he wants to get additional capital so that the farm he manages can develop better. “I realize, that I am a refugee. When I came to Indonesia, I knew I might not be able to get a job easily. But I believe in myself. I am able to manage the garden, I know how to raise cows, goats, sheep, I know and believe in myself that I will do my best,” concluded Pak Roger.