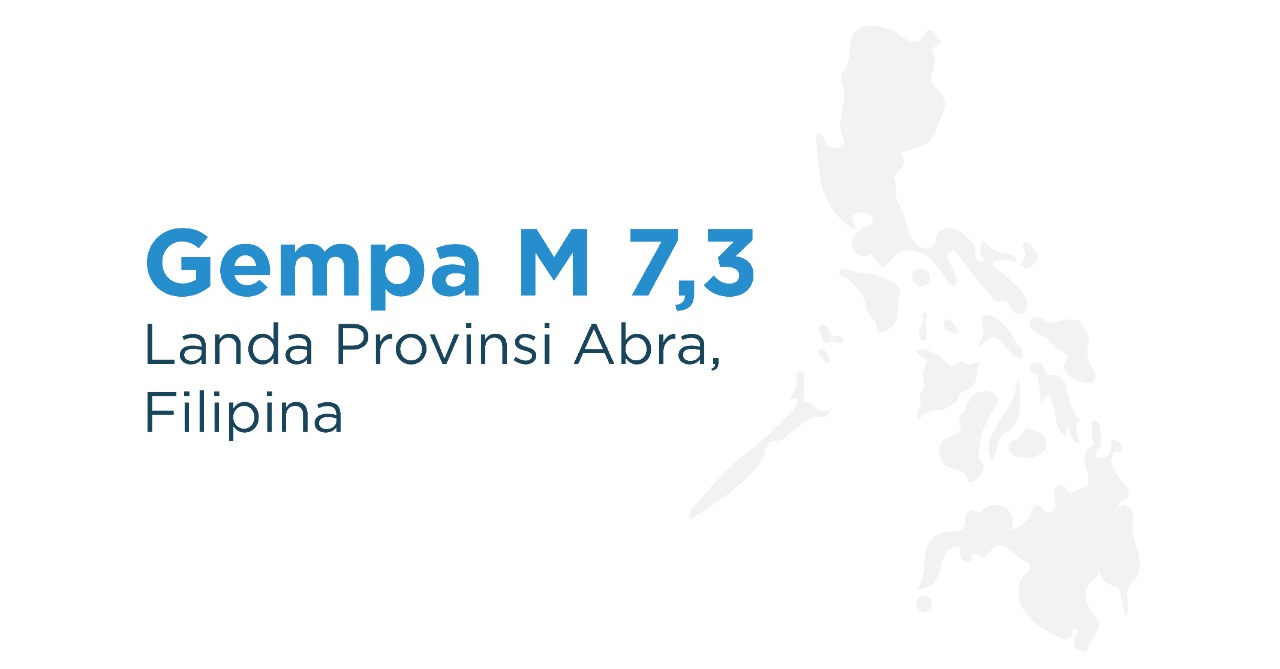 An earthquake with a magnitude of 7.3 on the Richter Scale occurred on Wednesday (27/7) at 8.43 local time (7:43 WIB) hitting the east-southeast of Dolores, Philippines. According to the Philippine Agency for Volcanology and Sesmologists (PHVOLCS-DOST), the center of the earthquake was 11 km southeast of Dolores, Philippines with a depth of 25 km at 0743 UTC+7. The tremors were strong all the way to the capital Manila. Residents in high-rise buildings ran for safety when the earthquake occurred.
Based on initial reports, there is one construction worker affected, one house damaged in Bangued. A landslide occurred at Mt. Province and Abra, also occurred on Ambuklao Road Beckel, La Trinidad, and Marcos highway in Benguet. A hospital was reported that part of the building collapsed and was so badly damaged that patients and all staff had to be evacuated in Abra Province. Electricity and internet supplies were cut off in some areas of Baguio, while aftershocks continued.